NHS England has confirmed extra funding for dedicated postnatal check-ups, as a direct result of our #HiddenHalf campaign. Find out more and how your support helped us achieve this incredible change.

As the UK’s largest charity for parents, our vision is a world where all mums and dads are supported and no parent feels isolated. This vision is at the heart of everything we do. And our campaigning work is fundamental to this. 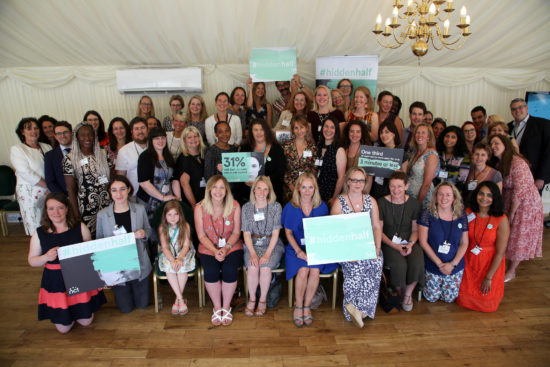 From improvements in maternity and paternity leave, to partners being allowed in birthing rooms, to protecting the right to breastfeed in public, we’ve been campaigning to improve life for parents since 1956.

When our research revealed that nearly half of new mums’ mental health problems were not being picked up by a healthcare professional, we knew this was something we had to change.

We are hugely grateful for your membership donation. It helps fund our campaign work, like the #HiddenHalf, to press for real change for parents. It makes an incredible difference.

Find out more about what your membership donation helps us do for parents, every day across the UK.

The postnatal six-week check is a key opportunity for new mums to talk about how they’re feeling. But many women told us their appointment was rushed.

Some ended up with less than three minutes to discuss their own health, often because their six-week check was squeezed in with their baby’s postnatal check.

To tackle these challenges, we launched our #HiddenHalf campaign in June 2017. With a huge movement of supporters behind us including parents and MPs, we have been calling for parliament to provide extra funding for a dedicated postnatal check for women.

And we have achieved change. Last week, the government agreed to provide an extra £12 million in the new GP contract to fund a separate six-week check for women in England. This means every mum will be given her own proper health check to get access to any treatment or support she might need. 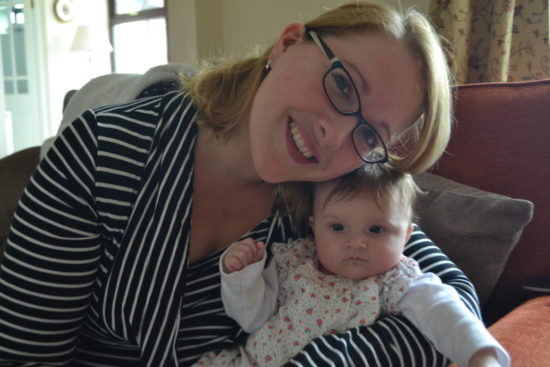 Libby, one of our #HiddenHalf supporters and her daughter

Thanks to your support we’re making a real difference to mums like Libby who have been affected by postnatal mental illness.

Libby is one of our #HiddenHalf champions and she suffered from postnatal depression after she gave birth to her daughter. “I struggled to cope from the day my little girl was born.

“As the weeks continued I felt more and more useless, inadequate and a burden on my husband who seemed so much better at parenthood than me.

No mum should face the same feelings of despair and loneliness.

“I would find any excuse to hand my daughter over to her dad and felt a huge sense of relief when he was ‘in charge.’ But the more I pushed my daughter away, the worse I felt. I thought I was poisoning their relationship with my sadness and inability to cope. I felt they would be better off without me.”

Libby says that she had no chance to talk about how she was feeling at her baby’s six-week check, so she went on suffering in silence. Eventually she organised a course of counselling herself and is finally feeling better – but wishes she’d had that support two and half years ago.

The #HiddenHalf campaign has been for Libby and all mums who have experienced mental health issues. And to make sure other mums don’t have to face the same feelings of despair, fear and loneliness.

Thank you for your support

We couldn’t have achieved such an incredible result without you. If you signed our petition, lobbied your MP or got involved at a local event or on social media – thank you. This success is based on the actions of so many.

In June 2017, people from all over the UK joined us to become part of the #HiddenHalf movement. In March 2020, we ran a drop-in event to meet MPs from all parties and to tell them more about the campaign.

By April, 60 MPs signed a letter to the Health Minister in support of #HiddenHalf, asking him to support the maternal six-week check. The campaign gained momentum, and in July 2018, NCT volunteers, practitioners and staff joined MPs, academics and experts in Westminster to support us. Inside parliament, MPs from all parties debated #HiddenHalf.

The end of 2018 saw key health minsters supporting the campaign, and The Secretary of State for Health and Social Care, Matt Hancock, discussing #HiddenHalf in parliament. He committed to improving identification of maternal health problems. In February 2019, the government agreed to review perinatal checks for mothers.

In September 2019, medical bodies threw support behind #HiddenHalf in The Guardian newspaper, on Woman’s Hour and Channel 5. In October, Health Minister Nadine Dorries announced the government’s support for #HiddenHalf.

Then, in February 2020, we had the fantastic news that we had been waiting for – the government pledge of £12 million in funding for a six-week check for mothers.