This year we’re celebrating our Diamond Jubilee. Here, we look back at what we’ve achieved for parents in the last 60 years and where we are today . 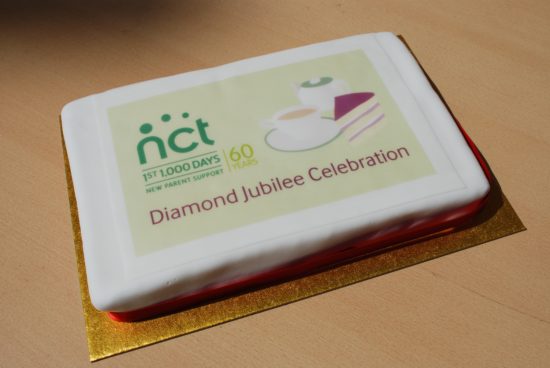 Over the last six decades, we’ve evolved as a charity but what has always remained the same – and at the heart of NCT – is the belief that parents should be supported and empowered. 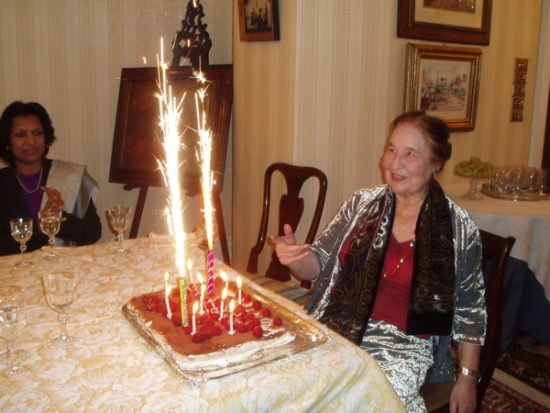 This was the conviction of Prunella Briance, our founder (pictured celebrating her 83rd birthday in 2010), who wanted to fundamentally change how women were treated during childbirth. ‘Curious minds may wonder why I was prompted to start something as important as NCT. It was due to a horribly mis-managed birth and the loss of my precious baby girl,’ she recalls.

‘Having mourned deeply, I suddenly came to life and realised that someone had to do something, and so I did.’ 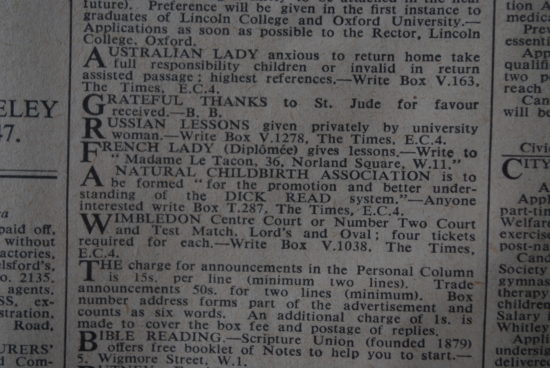 Prunella put an advert in The Times newspaper calling women to join the Natural Childbirth Association, which would be ‘run by mothers, for mothers’ based on the childbirth teachings of physician Grantly Dick-Read. She received letters from women sharing unhappy and shocking stories of childbirth.

Prunella rallied these women and founded what is now NCT. Their aim was to teach women how to prepare themselves for birth through antenatal education, so that they were able to approach labour
free from fear and ignorance.

‘The first members were asked for their ideas and a powerful committee grew. The inaugural meeting was held in Caxton Hall in January 1957,’ says Prunella. ‘Grantly Dick-Read was elected our first President and thus it was that NCT took root and has survived and spread as I hoped it might.’

Support and friendship on your doorstep

From our humble beginnings in 1956, we now have over 100,000 members across 320 branches covering England, Scotland, Wales, Northern Ireland and the Channel Islands.

Each branch is run by a team of volunteers and, in 2015, they supported almost 60,000 parents through local events and activities, such as Bumps & Babies groups and Cheeky Monkeys Tea Parties.

We’ve always been an advocate for parents and there are many achievements we’re proud of from the last 60 years.

Helping parents to give birth confidently – Before NCT was established, there was very little preparation provided for women. Following Prunella’s ‘call to arms’, we introduced the first antenatal classes in 1959. Last year, our courses helped prepare almost 100,000 new parents for birth and parenthood – that’s one in every 10 first-time mums and dads.

Bringing partners into the delivery room – Today it’s the norm for women to have their birth partner with them during labour. But for previous generations the philosophy was that fathers had no place at the birth. One of the original aims of NCT was that partners ‘should be present during labour if mutually desired’. The drive to allow partners into the delivery room began in the 1960s, though it wasn’t until the mid-1970s that it became widely accepted thanks to our campaigning.

Improving maternity services – We’ve been involved with national reviews of maternity services
since the 1990s. Our Senior Policy Advisers are members of both the NHS England and
Scotland National Maternity Reviews. Our wide reach among expectant and new parents helps
us to inform the findings of the reviews and contribute to ensuring that women across the country
have access to the best possible maternity care in both countries.

Raising awareness and services for maternal mental health – Last year, we launched our
#BeyondBabyBlues campaign, which called for improved mental health support for parents during
their First 1,000 Days. And, in January, the Prime Minister announced an additional £290 million for mental health services for new and expectant mums. We’re pleased the Government is taking this issue seriously and we will keep the spotlight on ensuring all new mothers have access to the support they need.

Find out more about our history.

We will continue to be an advocate for parents across the UK and you can keep up-to-date with our plans and progress in NCT matters every month. 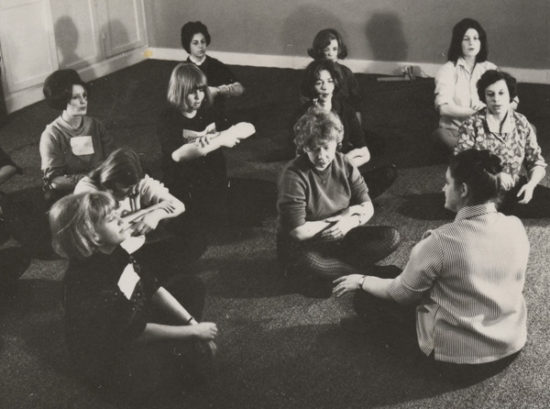 Our shared history: One of NCT's founders Erna Wright at an antenatal class in the 1960s

As part of our Diamond Jubilee celebrations, the Wellcome Trust has catalogued our archive. We have more than 270 boxes of history that document childbirth and parenthood from the last six decades (pictured is one of our first antenatal classes from the 1960s).

We’ll be sharing unique memories and items from the archive over the coming months, so keep an eye on NCT matters and our social media channels (search for #60yearsofNCT).

Finally, thank you for the support you’ve given NCT as a member. We hope you feel proud of NCT. You are part of the UK’s largest parenting charity and a dynamic movement. Together we can achieve even
more for parents over the next 60 years.