When will your baby be born?

Are you more likely to have your baby during the day or at night, or on a weekday or weekend? Research has revealed some surprising trends

More spontaneous births during the night 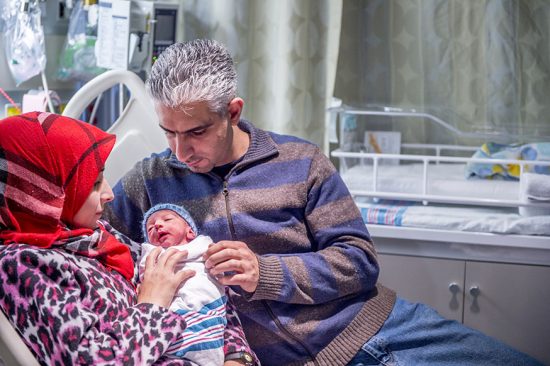 We’ve been working with researchers at City, University of London, on a study looking at the timing of births in England and Wales. The research was undertaken to see when babies are most likely to be born throughout the day, and on different days of the week.

It found that births which start naturally (without induction or surgery), where the baby is born spontaneously without any assistance, are more likely to occur between midnight and 6am than at other times of day. They are also slightly more likely on weekdays than at weekends and on public holidays.

The team also identified that planned caesarean births, sometimes called elective caesareans, are concentrated on weekday mornings. Births after induced labours are more likely to occur during the hours around midnight on Tuesdays to Saturdays, and on days before a public holiday period. They are less frequent on Sundays, Mondays and during or just after a public holiday.

How has this changed over time?

Induction rates increased in the 1970s to concentrate births into daytime hours, and now rates are rising again.

The study looked at births in the 10 years leading up to 2014. It showed that as medical procedures are used more, the timing of births changes. Knowing in detail when different kinds of births occur will help plan staffing for NHS maternity and neonatal services.

Further analysis is needed, however, to show whether timing of birth influences the health and wellbeing of mothers and babies. You can find out more about this research study here.

To find out more about labour and birth, visit our website here.