A Life Inside: One mum's film about having a baby in the pandemic

When Laura Lamb had a baby in early 2020, what she’d expected to be an exciting time full of coffee mornings and baby groups turned out very differently – so she decided to make a film about her experience.

Not allowed to have a birth partner with her in hospital during early labour and confined to the house with a newborn baby, Laura’s isolating experience of having a baby during the pandemic will resonate with lots of other new parents over the last couple of years.

While the experience was tough, there were positive moments – including the support of her NCT group. Laura has now made a film about what it was like to have a baby during the height of the lockdown. We talked to her about the experience and why she made the film.

1. What was your experience of having a baby during the pandemic? 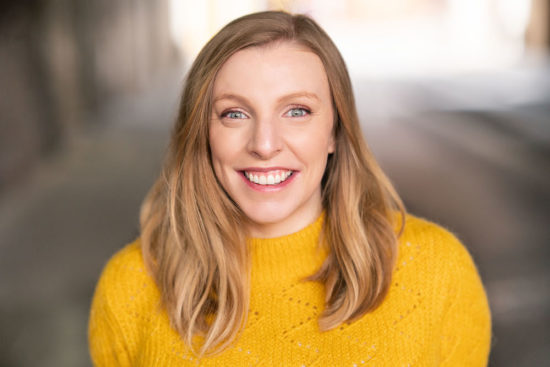 As a first-time mum it was difficult to know to what extent the pandemic affected my experience. I felt quite anxious about the possibility of labouring alone and tried to leave it as late as possible before going into hospital.

I was lucky to have a relatively straight forward birth, but I still struggled being without my husband for some of the early labour and postnatal hospital care. It felt very strange to wait nearly two months before family could meet our baby girl.

It felt very strange to wait nearly two months before family could meet our baby girl.

Leaving the house also felt tricky, I wanted to get out into the world to create a sense of normality and feel competent and confident with my little one, but there was nowhere to go and few people I could see. I think this made the transition into motherhood very drawn out. I felt like a mum at home, but a bit of an imposter in the outside world.

It was a very long time before we took public transport together, went to mum and baby classes, or did much feeding and changing out and about. However, there was a real silver lining when it came to dad and baby time. My husband was working from home, and we got used to spending a lot of time as a three, so I have some lovely memories from that time.

2. What inspired you to make the film? 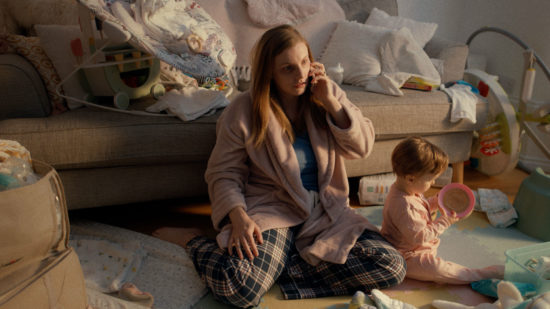 I think the film draws on and amplifies some of my fears and experiences, but the main inspiration was the other amazing pandemic mums I began talking to as the world opened up. So many women were incredibly candid and spoke very openly about their birth stories and the way Covid had impacted them.

I found their personal journeys very moving and wanted to create something that would accurately reflect this time by drawing on lots of different women’s experiences. With their permission some of their direct quotes featured in the film.

3. How did you go about making it?

I’m an actor and a writer but definitely not a filmmaker, so this was quite an undertaking, especially with a baby and the continuing and ever-changing COVID restrictions.

I wrote the script in January 2021, and we filmed it in the June with a small cast and crew. My friend and director Nicole Rixon took charge of the production side of the project and found a wonderful team to make it happen. We were thrilled to have a predominantly female cast and crew, still a rarity in the film industry. It was also a joy to work alongside my daughter and have such a baby-friendly set.

4. Were you a member of an NCT group and did you find this helped?

Yes. My NCT classes were scheduled for March 2020 and we managed one in person class before it went online due to lockdown.

I felt supported even though we couldn’t see each other in person and as a group we still message each other daily.

With so much uncertainty it felt comforting to take control of this one element and get some clear guidance on what to expect for the birth.

Focusing on the practical things and exploring my choices on pain relief and birthing techniques were very empowering, and surprisingly fun at such an anxious time. I think from day one we really gelled as a group and keeping in touch on WhatsApp was a real lifeline for me.

Pre-pandemic I had envisioned lots of coffee mornings, mum and baby groups and meet ups. When all of that became impossible our daily messaging was vital, I felt supported even though we couldn’t see each other in person and as a group we still message each other almost daily.

Some of my fondest (and coldest) memories are of bracing socially distanced winter park meet ups! I feel very lucky to have found such a brilliant group of mums. They have all been incredibly supportive of me making A Life Inside and I don’t think I could have done it without them.

5. When will the film be released?

The film has been appearing at UK film festivals and will be released online in autumn 2022. For more information on when and where to view it follow us on instagram @alifeinsidefilm. We will announce the release date very soon. I can’t wait to share it with all the pandemic mums and birth partners that we made it for.

6. Would you like to make any more films about your experiences as a new family during the pandemic?

I am always writing and would love the chance to make more films. I feel especially passionate about pregnant women and early motherhood experiences, because It feels like an incredibly small genre for such a universal experience.

I think with such a vast array of differing journeys into motherhood many mums still struggle to see themselves represented on screen and are often left questioning themselves and their parenting.

A Life Inside explores the physical and emotional effects of the pandemic, as well as parenting and relationship challenges, and perinatal mental health. Each of these aspects deserve longer projects in their own right.

I hope this film resonates with pandemic mums, and all mums in some small way, to try and pave the way for more mothers’ stories.

You can also read about the experiences of Priya and Hannah of having a baby during the pandemic.

We have lots of information on coronavirus, pregnancy and parenthood on our website. Take a look here.